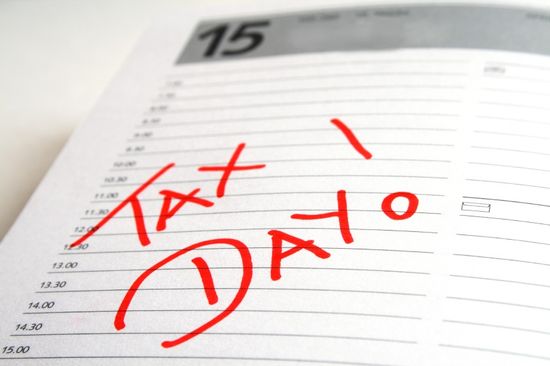 Millions, no, billions of Americans groan at the thought of Tax Day, or more officially, April 15th, as federal income tax filing day. Households throughout the nation spend much of their time from January 1st to April 14th gathering, organizing and sweating over income tax forms and directions as they hurry to meet federal deadlines, or else!

Income taxes aren’t new to the United States. As a matter of fact, they’ve been around since the birth of our nation. The very first federal income tax was discussed in 1812, but the idea was defeated before it even really got off the ground. Another try by the U.S. government met with success in 1861, when Congress approved of a 3% tax on all income over $600. That was a lot of money back then, over about ten thousand dollars today. During the American Civil War, the United States initiated the first personal income tax to the general public, as part of the Revenue Act of 1861.

By 1861, that 3% tax on $600 had grown to 3% tax on $800, but the law was reversed in 1872. However, as with many things, once begun, it’s difficult to go backward, and the federal government, in an effort to aid the rebuilding of a damaged nation and to fund westward expansion, repeatedly attempted to pass income tax laws. Actually, income taxes were an on-again, off-again endeavor for many years until about 1885, upon which, depending on the mood of Congress, and the nation’s inhabitants and whether or not our country was at war, success or failure rested. Then, in 1913, the 16th Amendment was ratified and the government began to institute one kind of tax or another until it grew to what most people today say in a hushed tone, “The I.R.S.”

That 16th Amendment states quite clearly that, “The Congress shall have power to lay and collect taxes on incomes, from whatever source derived, without apportionment among the several States, and without regard to an census or enumeration.”

Such a law has been grumbled about ever since, but the vast majority of the American public realizes and understands that without federal and state income taxes, roads would not be built, services would not be provided for and social security and a multitude of other financial systems would leave a vast majority of citizens without public services and health benefits.

Many Americans, especially those who know they owe some money to Uncle Sam, dread income tax day. Those who are fortunate enough to receive a refund generally don’t dread tax day, but everyone, rich or poor, has to fill out the dreaded income tax forms. If one is lucky enough to be able to afford the services of an accountant or to have someone else complete their income tax forms for them, it’s not so difficult, but for those who must struggle through rules, regulations and placing the correct digits on the correct line, income tax day is a precursor to extreme stress.

Nearly every American also dreads the words, ‘Income Tax Audit’, and no one is exempt from such a request. The Internal Revenue Service has the right to audit anyone’s tax return at any given point in time. Tax Day in America is often met with long lines at post offices around the country, formed by citizens who wait until the last moment to complete the necessary paperwork and send off their forms to state and federal addresses.

While no one really celebrates Tax Day, most Americans realize that it’s a necessary evil, and a burden that they are resigned to carry. Tax Day is inescapable, and as such, many people try to get a jump on their taxes by beginning to prepare early. Receipts are gathered, expense reports created and appointments with accountants made. Tax Day is a day when all Americans can commiserate with one another, and as one, mutter about the IRS.