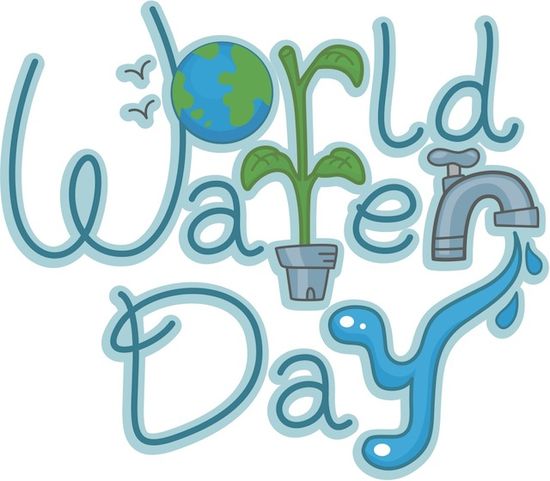 Not many traditional holidays or observances are centered around non-people or events, but as we head into the twenty-first century, people around the world are becoming increasingly aware of our environment and what it means to the preservation of life as we know it on planet Earth. Water is a vital element for life, any kind of life, and it seems natural that today’s generation recognize that water is a natural resource that may disappear if we don’t take steps to safeguard ecosystems around the world.

World Water Day was initiated in 1992 as an effort that came form the United Nations Conference on Environment and Development in Rio de Janeiro. Gathering together to discuss environmental concerns of the world, leaders and representatives from dozens of nations around the world collected together to discuss ongoing problems and possible solutions to the growing concerns of global overpopulation, limited resources and the amounts of dwindling supplies of water, land and forests within our biosphere.

Since that first meeting in 1992, the United Nations General Assembly has officially designated March 22nd of every year as World Water Day, a day that all races and nationalities come together as human beings to discuss fresh water and sanitation needs of developing countries as well as resources to protect natural fresh water reservoirs and sources throughout the world.

Many people take water for granted, especially in the more developed nations like the United States of America. We know that when we turn the faucet of our sinks, fresh, clean water will come out. We jump and splash in swimming pools and elaborate water fountains grace not only private residences but also many city buildings and office complexes. We have brilliant, green lawns and landscaping in even the harshest environments, and one only has to visit Las Vegas, Nevada, to fully appreciate the amount of water that’s necessary to keep such an arid location so green all year round. It’s unfortunate that many people no longer appreciate and respect our water sources, but World Water Day attempts to change all that.

World Water Day is a day for all Americans, no matter whether we live in the desert or in Washington State, to respect and protect our water resources to the utmost of our ability. It’s projected that droughts will afflict not only our nation but those around the world due to the effects of global warming, and it’s up to every American to do their part in saving such a precious and natural resource.

Around the country, schools are now teaching children how to conserve water and other resources such as forests, land and animal life, and the day is celebrated with lessons in schools and community meetings that address local issues and problems, not only in the United States, but around the world. Water conservation is a world issue, and is not limited to any demographic area, race, or culture. World Water Day is a day in which we can all stop to think about how precious water is in our daily lives, and reminds us that we should not take any of it for granted.

Children are being taught to do their part in learning about water conservation, and protecting our environment. They learn that 80% of the human body is made up of water, and that two-thirds of the planet is covered by water. Most of all, children, the future of America, are learning how to prevent the continued destruction of both national and global resources, and it will be up to them to protect not only American lands and waters, but Mother Earth as well.