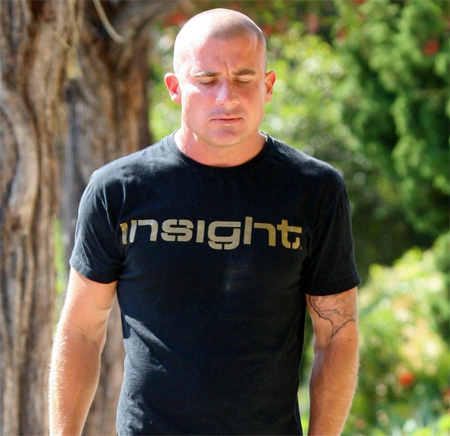 Dominic Purcell was spotted in Hollywood last week wearing a form fitted black t-shirt with the word “Insight” in gold lettering. Purcell has been busy filming the next season of Prison Break. The fourth season of Prison Break will consist of 22 episodes and will debut on FOX September 1, 2008. Via: Just Jared