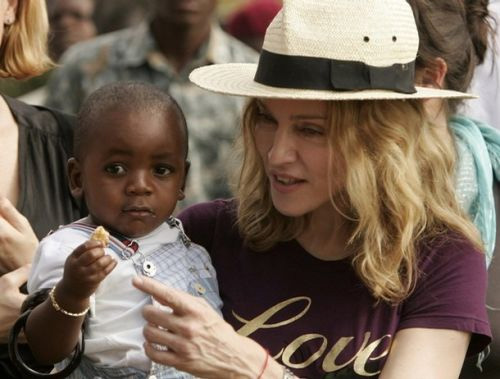 Madonna’s lawyer announced that she has committed to building a multi-million dollar school in Malawi. During the meeting Madonna was spotted wearing a purple t-shirt with the word Love in a gold cursive font. Madonna had an interest in Malawi and has produced and narrated a film about AIDS orphans called I Am Because We Are. She adopted a child David Banda whose was left in a Malawi orphanage.

It is clear that Madonna is spreading her love on t-shirts and her attention to kids who need both financial and emotional support. Via Telegraph