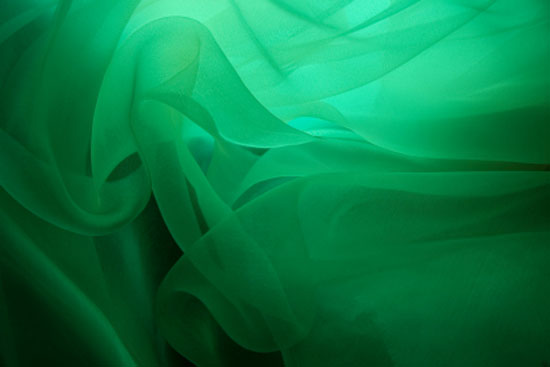 From toys to posters to t-shirts, items that glow in the dark have instant popularity among young and old alike. This mesmerizing effect is caused by a simple chemical reaction referred to as photoluminescence. The most common way of making an object glow in the dark is by incorporating a phosphor, a chemical that gives off visible light. When a phosphor is exposed to light, the light energy excites the electrons. As electrons absorb and then lose this energy, they too release it as light. Some common places phosphors are found include television screens, computer monitors and fluorescent light bulbs. So you’re staring at a group of densely packed, electrically charged phosphors right now!

There are numerous phosphors, but zinc sulfide and strontium aluminate (which glows much longer) are the two most common ones found in glow-in-the-dark items. These phosphors are mixed right in with the substance that is to glow, such as the plastic that will be molded into a glow-in-the-dark bowling ball or the screen for a glow-in-the-dark t-shirt.

Phosphors are defined by three separate characteristics: the type of energy required to energize their electrons, the color of visible light they produce and their persistence, or how long they will produce light after being energized. In a TV screen, an electron beam hits thousands of tiny elements with phosphors which glow either red, green or blue. In a fluorescent bulb, ultraviolet light energizes a mixture of phosphors that emit a light that appears white to the human eye.

Many materials are photoluminescent, but not all glow for a long time. The fluorescent bulb, for example, will glow as long as it is being energized, but stops immediately upon removal of the energizing light. Phosphorescent materials continue to glow after their energizing light is removed.

Many years ago, radium paint was used to make watch and clock dials that glowed. As its name suggests, this element is radioactive. However, because it was used in such small amounts and was usually enclosed in a case, the radium paint did not present health risks. The use of radium is no longer allowed, but new watches may use a similar but less dangerous substance.