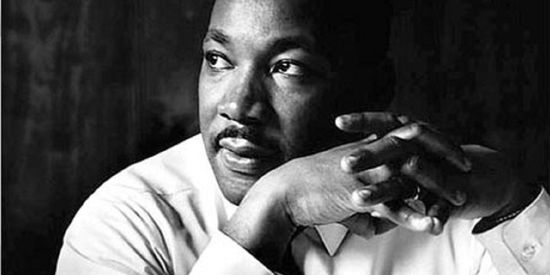 Reverend Martin Luther King, Jr. spent most of his adult life promoting equal rights for African Americans in the United States. He was a man who saw no distinctions between black and white, and strove to create a society in which people of all colors and religions could live, work and worship side by side. His peaceful efforts to unite the races brought him worldwide attention during the 1950’s and 1960’s, only to end with his violent death in 1968.

Martin Luther King stood for equality, and it didn’t matter if one was Chinese-American, or Mexican-American or Native American; he felt that everyone deserves the same chances as everyone else to make it in America. As the world’s first ‘melting-pot’ society, King believed that opportunity should not be limited by race or social status. King brought his point across in a non-violent manner that clashed with the anti-war protests of the 1960’s as well as the nation’s experience with Black Right’s activists like the Black Panthers, and their nemesis, the group of white supremacists called the Ku Klux Klan. Martin Luther King endured countless threats and beatings from those who wished to perpetuate a separated society, and he went to jail over two dozen times, defending the rights of all races.

Martin Luther King tried to teach young people that tolerance and opportunity belonged to all people, not just a favored few. He instructed his followers to do so through peaceful and instructive lessons that seek to unify one of the greatest free countries in the world.
Martin Luther King day is observed on a national level on his birthday, January 15th, or every third Monday of every January. The day, officially declared a national holiday in August of 1983, was observed for the first time in 1986 in many states, but it wasn’t until January 2000 that every state in the Union officially recognized the day as a federally observed day of remembrance. While federal buildings and banks are closed in honor of the civil rights leader, most schools and businesses remain open. Mostly celebrated by human rights’ activist groups, Martin Luther King Day is taken as an opportunity by schools throughout the nation to teach tolerance and unity among all races, creeds and beliefs. It’s a day when many volunteer their services within communities. Many labor unions and civil rights’ groups promote the holiday every year, which serves to shine a beacon on King’s desire to provide fair employment and pay wages for everyone in the workplace, whether male or female, black, white or brown. For the most part, nonprofit organizations and those associated with civil and human rights celebrate the holiday, while schoolchildren around the country are taught about King’s life and beliefs. Children are encouraged to volunteer or to partake in special school activities that serve to perpetuate King’s legacy on the younger generation.

As King’s widow, Coretta Scott King wrote, “The holiday must be substantive as well as symbolic… let this holiday be a day of reflection, a day of teaching nonviolent philosophy… a day of getting involved in nonviolent action for social and economic progress.”

Martin Luther King Day celebrates unity in the pursuit of the American dream, one that must remain available to all races and creeds and socioeconomic status.