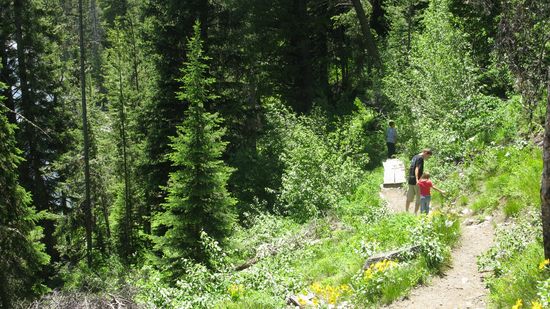 Did you know that every year, Americans use an average of 681 pounds of paper, and that portions of trees are found in just about every product you use? National Forest Product’s Week, observed every year from October 15th through the 21st, is a perfect opportunity to learn just how much trees and forests help each American, and citizen around the world, to live.

Trees have a life span just like people, and that lifespan is based on location, the amount of nutrients it gains from sunshine, water and the soil, as well as the amount of pollution that threatens its environment. Trees provide so much more than shade, nuts and paper, however. Did you know that the Pacific Yew tree produces a cancer-fighting chemical called taxol? Or that tree particles are found in chewing gum, tires, paints and hair spray, as well as mouthwash, shampoo and yes, even the ever-popular Twinkie? Don’t feel bad, most other people don’t know that either.

Native Americans used trees for all kinds of things as well. They used the bark of some trees to construct canoes, and poles to erect their tepees and build longhouses and wikiups. They even made fishing nets and poles and weapons and sewing tools out of trees and tree parts, as well as their roots for medicines and food. Most musical instruments like flutes and drums and rattles were also made from wood, and that goes for other cultures around the world as well. Just think of all the things that trees can offer humans, and the list will be long and detailed.

National Forest Week has been observed and celebrated in the United States since 1960, when the Senate and the House of Representatives of the United States first approved it. It’s a time when our most valuable natural resource should be especially appreciated. Recycling programs begun in the 1960’s and 1970’s have gone a long way to saving many of our national forests and wild lands from the ravages of population’s demands, but pollution still threatens vast numbers of forests and woodlands all around the country; from the great redwood forests of the Pacific Northwest to the multi-colored displays offered to New England residents every year. Disease, pests and chemical pollutants have long threatened our national forests, and every year, thousands of acres of precious trees die due to forest fires and diseases caused by man.

Every year, thousands of adults and children participate in re-forestation projects, and set out to replant areas that have been harvested for lumber or those ravaged by forest fires. Trees and forests provide a necessary and vital ecosystem for not only humans, but animal life as well, and without forests, many animal species would die off and disappear.

National Forest Products Week serves to remind the public of the reliance Americans have on a natural resource that, while renewable, is still not keeping up with the demands of society on a daily basis. The week is a time when public attention is drawn to the growing needs of public demand, and is addressed with ideas and campaigns that strive to replenish those resources. Throughout the nation, groups such as the Boy Scouts and Girl Scouts of America, as well as adult organizations, make it a point to get outdoors and plant seeds or saplings in honor of National Forest Products Week.

All Americans should remember that we are responsible for the land we live on, and we must respect that land or it will cease to support and nourish our needs. More and more Americans are becoming attuned to the need for nation-wide efforts to clean up our act and make sure that we don’t drain our natural resources beyond the point of no return. National Forest Products Week is the perfect opportunity for every American to do his or her part to ensure the continuance of our greatest natural resource, our forestlands.