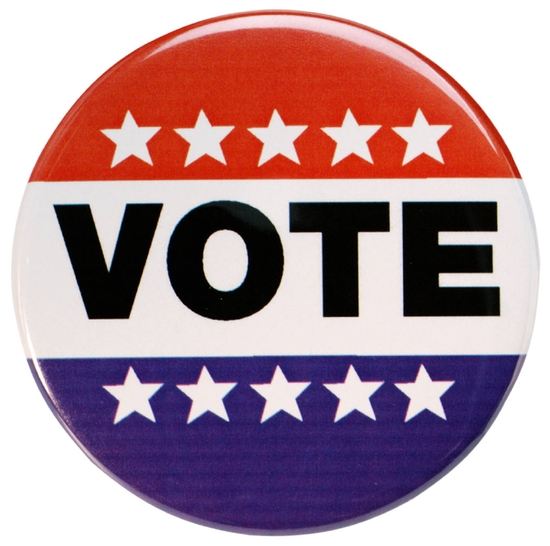 Celebrating the Vote on Election Day!

The right to vote is an American foundation that has been observed and honored since the beginning of the United States of America is 1776. Election Day is traditionally observed on the first Tuesday of every November, between November 2nd and November 8th.

The United States Congress initiated the law in 1885 and designated that Election Day was to fall on a Tuesday, which would allow people from outlying communities time to travel to their designated voting, or polling places in order to vote. Monday was not chosen as a national voting day because of the lack of time for such travel and the fact that most people spent their Sunday’s in church worship. November was chosen as a likely month for elections to occur because it fell after crops were gathered, which also allowed for people to be more apt to travel from their homes and farms to vote.

The Second Article of the United States Constitution specifies that everyone vote for the president of the United States on a single day, though these days, early voting privileges are enjoyed by millions of Americans who fill out mail-in ballots earlier than the actual voting day. The same goes for absentee voting completed by Americans living or traveling out of the United States on Election Day, as well as military service members and personnel throughout the world. Timing is essential, and such voters must have their ballots postmarked by a certain date in order for them to be counted.

Within the United States, Election Day is a legal holiday, and many places of business are closed for the day, though many locations remain open. It’s a day when employees across the nation are allowed to come in to work late or leave early so that they may have time to get to their polling places and vote before voting booths are closed. In schools across the country, children practice voting and learning about the voting process by holding mock elections in classrooms and sometimes, entire schools are involved in such mock elections.

Within the United States, hundreds of thousands of polling places allow residents to vote, and volunteers staff most of these places. Polling places are determined by address, and prevent residents from having to travel long distances to vote. States also hold elections on Election Day, for state legislature members, governors and congressmen, while the date of local elections are determined by each state. Federal elections are held on even numbered years for all seats of the United States House of Representatives and roughly one-third of the Senate seats, while the President and Vice-Presidential seats are held every four years. At local levels, many city, county and state governments choose the odd numbered years for their elections, though that is not a hard and fast rule.

Election Day is celebrated in the United States as an opportunity to speak and let your vote be counted among the millions of other Americans voting for various political positions within local, county, state and federal government entities and is a guaranteed right for all American citizens. Many people today take such a right for granted, and choose not to participate in elections. However, many countries around the world do not allow their citizens to have a say in how local and state governments are run. Millions of immigrants come to the United States every year to enjoy such freedom of choice. Deciding to vote, or not, is an American freedom, one which has withstood the test of time since the early beginnings of our country. Election Day is and will always be a day to honor, observe and recognize the forethought of our Founding Fathers in guaranteeing such rights, and as such, they should never be taken for granted.