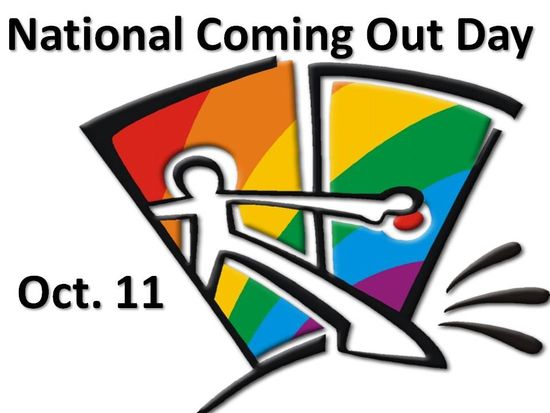 Diversity creates strength. Whether we agree with someone else’s opinion, beliefs, way of life or sexual orientation, there’s no doubt about it, the world would be a very boring place if we were all the same. One particular day has proved to cause quite a stir in society within the United States, and that is National Coming Out Day, observed every October 11th since 1988.

National Coming Out Day serves to support the rights of gay and lesbian citizens throughout the country. The day, and its surrounding events, are meant to increase awareness and recognition of members of gay and lesbian communities in cites and towns across America. In 1987, half a million people marched in Washington D.C. to promote the rights of gay people everywhere in the country, no matter their age, race or religious belief systems. ‘Coming Out’ is the process of going public with individual homosexuality, a term that encourages those with such tendencies to quit hiding behind closed doors and to embrace who they are with pride and dignity.

Human Rights is one of the foundation blocks upon which America was built, and it stands to reason that the rights of every individual are protected under the United States Constitution, regardless of age, color and yes, even sexual preferences. While homosexuality has not always been so openly discussed as it is these days, public awareness of it and, to some degree, acceptance, has come a long way since the 1980s, when founders Dr. Robert Eichberg and Jean O’Leary organized the first march on Washington D.C. for gay and lesbian equality. Observed by all members of the LGBT (lesbian, gay, bisexual and transgender) organization, National Coming Out Day encourages its members to represent all ages and ethnic groups who fight for equality in the workplace, educational facilities and in private sectors of American communities.

Members of LGBT, as well as all members of communities around the country, celebrate the day with parades and civic events. The first National Coming Out Day was celebrated in eighteen states and was covered on national television stations and talk shows. Since then, states around the country have been added to the list. The day originated in an effort to confront anti-gay legislation and laws that began to sprout up in the 1970s and early 1980s, as well as to address issues of gay-bashing and discrimination in all sectors of American culture and society. Since then, laws have been passed that protect the rights of those with different lifestyles, no matter what they may be, and the public has become somewhat more understanding of gay lifestyles. Religious organizations, for the most part, don’t participate in National Coming Out Day events, and continue to be outspoken about the lifestyle.

Throughout the country, millions of people gather every year to march in parades on National Coming Out Day, which has not been designated an official holiday, though people everywhere are aware of its presence due to widespread media coverage. The main focus of the day is to promote awareness of different lifestyles and to encourage understanding and peace between those of different beliefs within communities. Since its advent, the National Coming Out Project has helped to offer resources not only to gay couples, but also their family and friends. Whether or not people agree with or condone a gay lifestyle, every American has a right to live in peace and without fear. While it does not seek to specify which lifestyle is right or wrong, the Coming Out Day project and the recognition of Coming Out Day does promote a ‘live and let live’ philosophy and attempts to promote enough understanding and knowledge to ensure that American citizens everywhere are protected by laws against discrimination, physical and emotional abuse.

← What Is Victory Day
Who Was Kamehameha →
Scroll Up