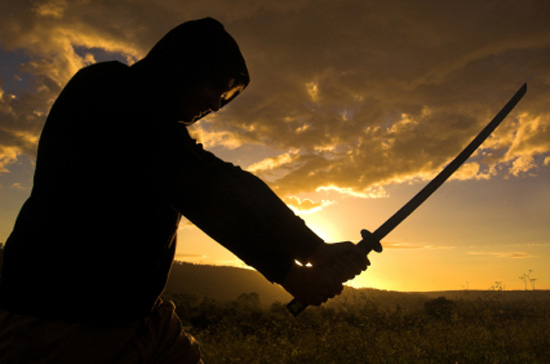 The Samurai is one of the most respected yet feared figures in all of history. These highly trained Japanese warriors would kill you on the spot if you even looked at them. They dedicated their lives to their practice and to their fellow warriors. The entire existence of the samurai is based on loyalty, commitment, and honor.

Because of their legacy of devotion and commitment, the samurai has become a revered image of inspiration. However, many people forget how ruthless they really were. It’s safe to say that you would not have wanted to encounter a samurai on the street. What if you actually made eye contact? In the blink of an eye you’d be yet another victim of ocular malfunction.

Despite their ruthlessness, many people would love the opportunity to be a samurai. Some people even devote their whole lives to the study of the history, life, and practice of the samurai. They live their lives based on the philosophy of the samurai and even take up martial arts. There might not be anymore official samurai left, but there are many honorary samurai around the world.

Dressing like a samurai is a big part of living like one. Samurai were warriors. They couldn’t go into battle in a t-shirt and jeans. They wore a fierce looking suit of armor and carried their swords into battle. When they weren’t showing off their fighting skills on the battle field, traditional Japanese costume took center stage.

If you want to dress like a samurai, there is lots of information about what they wore and how they dressed. There have been thousands of books written over the years about the way of the samurai. You could spend your whole life learning how to dress like one. However, dressing like a samurai in the modern day world could cause people to stare. And you can’t exactly kill people just for looking at you anymore. That would certainly bring your samurai days to an end.

For a fun modern Samurai look, think about some of the things that are worn for karate, only much more luxurious. A short, belted, silk kimono made of a rich Oriental design would make a great top for a Samurai to wear. Choose a rich, impressive color. Silk pants in a matching shade complete the look just perfectly. Use cords at the hem of the pants to keep them close to the leg.

If you are dressing as a samurai for a party or special event, you will want to add a few things to look as authentic as possible. Metal armor was commonly worn on the lower legs, shoulders, arms and torso. A metal skirt was also worn to protect the groin area and upper legs. A skull cap goes on the head before the helmet and a scarf is worn across the face. No genuine samurai should be without such gear.

If you want to dress like a samurai, be sure that you are prepared for the reaction you’ll get. You will definitely turn some heads.

← What To Wear In Washington D.C.
How to Dress Like a Teacher →
Scroll Up